12 Nonverbal Communication examples (and how to use them)

We usually think that body language is the only way that we can send a message without using words.

But it’s just one aspect of nonverbal communication, and these 12 examples will boost your people analysis skills:

In this article, you will find out:

– The three types of hand gestures,
– A secret that eyes reveal, and
– How communication goes way beyond your body.

You can see the original video here:

No matter if you’re standing or seated, your body posture is the first clue to reveal your current mood.

That’s one of the quickest ways to assess someone’s feelings in just a couple seconds, thanks to their global body language.

One example is Alpha and Beta postures. One of them projects confidence and the other insecurity. 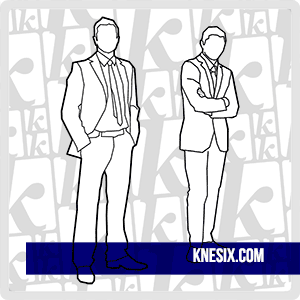 You can even feel more confident by just assuming an Alpha posture.

The easiest way to tell the difference is the way the shoulders are broad and relaxed in one, or tense and contracted in the other.

We are naturally drawn to see faces, and that’s why it’s the most important area when we want to express emotions without words.

Most of the time we pick those signals by intuition, but with a little practice you can spot them consciously.

One example is when someone presses their lips, you know that they have an emotional reaction. Our faces can show seven basic emotions, but it’s more important if you can spot these more subtle changes.

I recommend that you get used to pay attention to faces during a conversation.

When someone uses their hands to make their point clearer, those are called illustrator gestures.

They are very important because they help the other person understand and remember your words and connect deeper with them.

For example, if you’re saying that something is big, or tall, or try to emphasize a point and your hands move in unison. Every time your hands support what you are saying, you’re using illustrator gestures.

They are very easy to detect, because people almost never try to hide them.

Another nonverbal communication example that usually doesn’t get enough attention is the quality of our voice.

Unless people know how to control their emotions, their voice is going to be the first channel that reveals their inner state.

For example, when someone is excited or upset, they’re going to raise their voice. If they feel insecure, they will lower it. This is great news because this way you can detect someone’s emotions without even having to look at them.

You just have to practice active listening whenever you can.

You can spot them because they add absolutely nothing to the message that the person wants to convey.

There are many examples like rubbing the eyes, pulling the earlobe, touching the nose. Those are manipulator gestures. They are not directly related to lying but instead to some emotional discomfort.

If you’re paying attention at the person’s body language you should have no problem spotting them.

As I said before, nonverbal communication is not only about body language, because the way people dress gives clues about their personality.

And the best question you can ask in your mind is, what kind of person chooses to dress this way?

Some people claim that the way they dress has nothing to do with their personality, but that’s wrong. Because in most cases, they choose what to wear. It’s a decision that they make.

So it’s a matter of reverse engineering that decision to make a Sherlock Holmes guess about their character.

#7: The secrets in their eyes

I know that eyes are part of facial expressions, but they reveal so much information that you could just focus on them.

After all, they’re called the windows to the soul, and for a good reason: we can express emotions just moving them.

Wether is rolling our eyes, or we notice that someone is blinking faster, or someone points in the direction of another with their gaze. 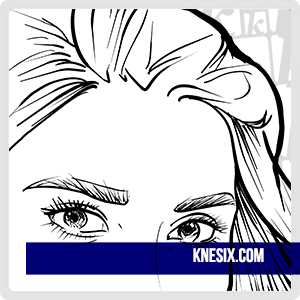 All those are signals that we give away even if we cover our entire face.

It’s not a coincidence that we’re are always drawn to see other people’s eyes.

Different cultures have different customs about how close do people stand to each other when talking or just hanging out.

But at the same time, those differences in interaction distance can reveal what kind of relationship they have.

Proxemics is also about the way our gestures reach out to the other person during a conversation. If you see two people talking and they don’t have problem sharing that personal space, then you know they feel comfortable.

That’s another nonverbal communication example can be spotted not only in couples but also in groups.

By now you’ve noticed that there’s much more to hands that just a few gestures to emphasize our words.

But there are also emblems, that are hand gestures with a certain meaning that is given by the culture or society.

For example, the ok sign or the thumbs up are emblems that have meaning even if you just see an isolated hand. 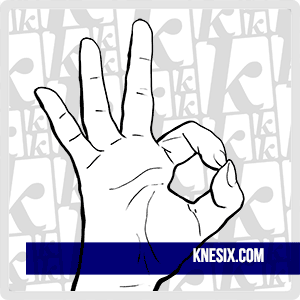 Just remember that the same emblems can have different meanings in different cultures, so be careful.

When you visit other countries, it’s a good idea to know in advance about this.

If the way we dress can reveal details about our personality, our living and working spaces also give a nonverbal message.

That’s why it’s important to pay attention to someone’s house, or apartment, or office to see what can give us information about them. It’s a good practice to reverse engineer someone’s personal space to make a guess about their character.

And the one of the most important clues that we can get is what do they like?

#11: Haptics and touching others.

No matter the culture, there are always going to be people who like to touch others, and people who really hate to be touched.

But for example, the handshake is one of the most common forms of touching and you can tell a lot from someone’s grip. You can put a hand on someone’s shoulder or back to show support.

And there’s the fact that a woman can do a very soft touch of her own arm to attract the attention of a man.

So the act of touching is in itself a nonverbal clue, no matter if it’s a formal greeting or a warm hug.

When we talk about revealing emotions, these are the hardest to conceal body language signals.

And since they’re connected directly to the central nervous system, there is almost nothing that we can do to control them.

We are talking about sweating, pupils dilating, shortness of breath, blushing and so on. Most of these reactions are automatic and they reveal an emotional reaction. Maybe the person feels threatened.

The only way to control them would be to control your own emotions in advance.

None of these nonverbal communication examples is more important than the others.

What’s more, you should always consider the context of the interaction to get a full understanding.

My suggestion is that you try to spot one by one at first.

It’s easy to feel overwhelmed so practice by focusing of one for a whole week and then add another.

Of course, it will always be a dynamic of comparing their nonverbal communication signals with what they are saying to spot inconsistencies.

And that’s when you will start detecting hidden emotions.

I’ve got a summary of body language and persuasion tips in a free ebook that you can download here:

I can read your body language and write a story about it.